The works on the Sydney Airport Link tunnel beat all previous records in Australia: at the time of construction, it was the longest tunnel ever driven on the continent, the largest-diameter TBM used and the first use of a slurry-shield machine.

Another 5.5 km section was bored in soft ground beneath the water table, using a 100m long slurry-shield tunnel boring machine (TBM) with a diameter of almost 11m.

The line also has 720m of cut-and-cover tunnels and several engineering structures, including a viaduct and a tunnel beneath the Cook’s river. The 170m long stations were excavated within diaphragm walls.

In addition to the use of a slurry-shield TBM, the project required the installation on-site of a pre-casting plant for voussoirs, manufacturing 240 units per week, as well as a high-tech plant for treating excavated materials.

Two complex and innovative solutions were employed for the first time in civil engineering to prevent the cutter head of the TBM clogging up: injection of 5m3 of hydrogen peroxide into the cutter head; potassium chloride slurry replaced the normal bentonite slurry to avoid the possibility of a “crust” forming. 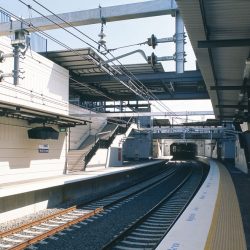 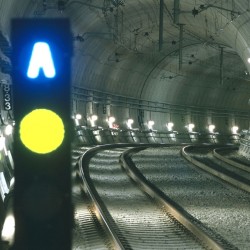 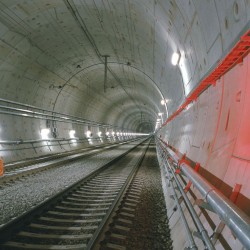 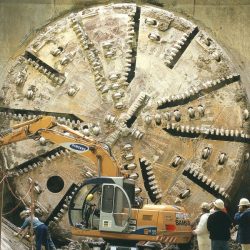 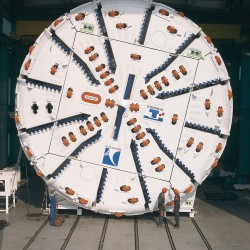 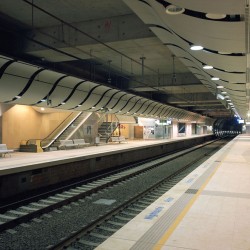 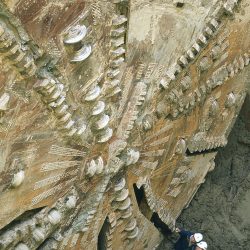