90 metres
below ground is the deepest point of the tunnel

NorthConnex is a nine kilometre twin tunnel that links the M1 Pacific Motorway at Wahroonga to the Hills M2 Motorway at West Pennant Hills in Sydney. It is one of Australia’s longest and deepest road tunnels.

A total tunneling length of 21 kilometres was excavated with about 2.25 million cubic metres of spoil being removed. There are 88 cross passages linking the main tunnels and the deepest shaft is at 81 metres.

More than half the tunnel is 60 metres deep or more – the deepest point is about 90 metres beneath Sydney Metro Northwest.

The tunnels were excavated by 20 roadheaders. The project also used surface miners to help excavate the lower half of the tunnel known as the bench.

Operational support facilities were also constructed above the ground.

The project was delivered by Bouygues Construction Australia with its Joint Venture partner Lendlease.

NorthConnex was the first road project in Australia to receive a ‘Leading’ design rating from ISCA, which looks at ways in which the project was designed to minimise environmental impact. 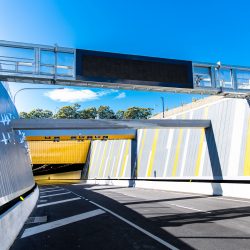 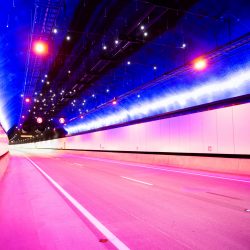