Part of the South West Rail Link (SWRL), the Glenfield Junction Project is a rebuild of the Glenfield Station that has resulted in a modern, safe and accessible station.

This new station aims to facilitate the interchange between the rail lines and provides various improvements, including:

GJA’s services began in 2008 and the station and rail/bus interchange were completed and opened for service in September 2012—four months ahead of schedule. Delivery within this short timeframe was impressive, since GJA had to overcome the challenge of working within a live passenger and freight rail corridor with highly restricted site geography that required interfacing with the Southern Sydney Freight Line, an ethane gas pipeline, a nearby waste landfill, a floodplain, and protected forest areas. In addition, GJA was granted only four weekend track possessions a year.

The project’s success is reflected in its awards: in addition to receiving the 2013 Engineering Excellence Award (Sydney Division) from Engineers Australia and the Ken Erickson Innovation Award from the Permanent Way Institution NSW, the project was a finalist in the WorkCover NSW SafeWork Awards and the Bentley Be Inspired Awards – Innovation in Rail and Technology. 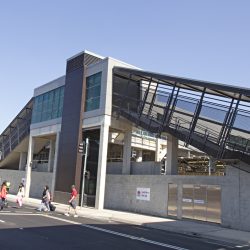 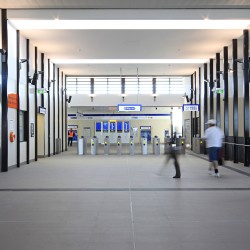 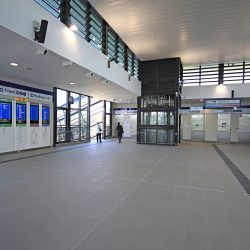 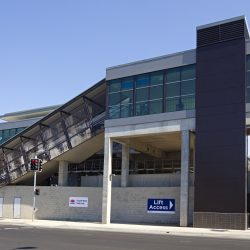