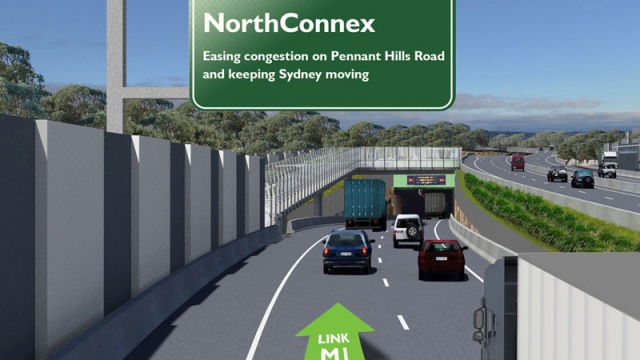 Philippe Bonnave, Deputy Chief Executive of Bouygues Construction, said: “This new contract is further proof of our ability to meet major technical challenges and to carry out large-scale infrastructure projects in Australia in partnership with well-established local contractors. NorthConnex is a project with a high environmental value, which will relieve the suburbs of Sydney of motorway traffic congestion while conserving natural spaces.”

The NorthConnex project consists principally of the design and construction of twin toll tunnels, nine kilometres long. They will link the south of the M1 Pacific Highway at Wahroonga to the M2 Hills Motorway, joining it at the Pennant Hills Road interchange.

When completed, NorthConnex will improve regional and national freight transport in the Sydney region by diverting roughly 5,000 trucks per day from the Pennant Hills Road. It will also enable car drivers to cut up to 15 minutes from their journey times by avoiding twenty sets of traffic lights. Public transport will also benefit.

A 50/50 partnership between Bouygues Construction Australia and Lend Lease will be responsible for designing and building the infrastructure. The project will create 2,500 jobs and the works are scheduled to last four years.

Established in Australia for approximately fifty years through its subsidiary, VSL, and with a number of major civil works projects to its credit since the late 1990s, Bouygues Construction has founded a new subsidiary, Bouygues Construction Australia, in order to bring together the expertise of its civil works, building and earthworks businesses at a local level. The company is currently engaged on the construction of a tunnel and railway lines to the north of Sydney.